E[dward] E[stlin] Cummings (1894-1962), born in Cambridge, Mass., after receiving his A.B. (1915) and M.A. (1916) from Harvard joined the service of the American volunteer Norton Harjes Ambulance Corps in France before the U.S. entered World War I, and in 1917 was confined for several months in a French concentration camp on an unfounded charge of treasonable correspondence. This experience provided the basis for his first book, The Enormous Room (1922), a prose narrative of poetic and personal perception. His first book of poetry, Tulips and Chimneys (1923), followed by & (1925), XLI Poems (1925), and is 5 (1926, substantially augmented in a reprint of 1985), clearly established his individual voice and tone. The poems show his transcendental faith in a world where the self-reliant, joyful, loving individual is beautifully alife but in which mass man, or the man who lives by mind alone, without heart and soul, is dead. The true individual Cummings praised, often reverently and with freshness of spirit and idiom, but the "unman" was satirized as Cummings presented witty, bitter parodies of and attacks on the patriotic and cultural platitudes and shibboleths of the "unworld." This poetry is marked by experimental word coinages, shifting of grammar, blending of established stanzaic forms and free verse, flamboyant punning, typographic distortion, unusual punctuation, and idiosyncratic division of words, all of which became integral to the ideas and rhythms of his relatively brief lyrics. These he continued to write with subtlety of technique and sensitivity of feeling and to publish in ViVa (1931), No Thanks(1935), I/20 (1936), Collected Poems (1938), 50 poems (1940), I x I (1944), Xaire (1950), Poems: 1923-1954 (1954), 95 Poems (1958), and the posthumously collected 73 Poems (1963). His other works are him (1927), an expressionist drama in verse and prose, with kaleidoscopic scenes dashing from comedy to tragedy; a book which bears no title (1930); Eimi (1933), a travel diary utilizing the techniques of his poetry and violently attacking the regimentation of individuals in the U.S.S.R;  Tom(1935), a satirical ballet based on Uncle Tom's Cabin; CIOPW (1931), drawings and paintings showing his ability in charcoal, ink, oil, pencil, and watercolor; Anthropos, The Future of Art (1944); Santa Claus(1946), a morality play; and i (1954), "six nonlectures" delivered at Harvard.

Eimi, travel narrative by E. E. Cummings of his 36-day visit to the Soviet Union, published in 1933. This long prose work employs the techniques of his poetry and, like it, also celebrates the individual of the title (Greek, "I am"), and with wit and vigor attacks the regimentation of people in the USSR. 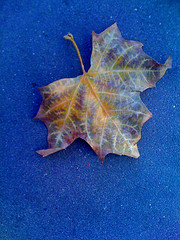