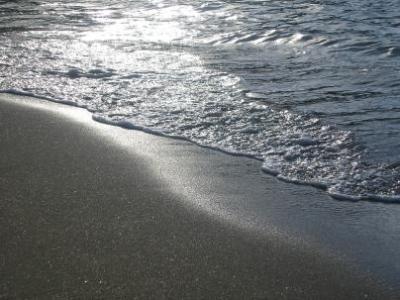 Even in his sixties, a large, stout man with receding white hair and a pink, healthy face, he kept up the long hikes. His daily walk still took in the avenue of limes, and in good weather he would take a circular route to look at the wildflowers on the common at Maidensgrove or the butterflies in the nature reserve in Bix Bottom, returning through the beech woods to Pishill church, where, he thought, he too would one day be buried. Occasionally, he would come to a forking of the paths deep in a beech wood and idly think that this was where she must have paused to consult her map that morning in August, and he would imagine her vividly, only a few feet and forty years away, intent on finding him. Or he would pause by a view over the Stonor valley and wonder whether this was where she stopped to eat her orange. At last he could admit to himself that he had never met anyone he loved as much, that he had never found anyone, man or woman, who matched her seriousness. Perhaps if he had stayed with her, he would have been more focused and ambitious about his own life, he might have written those history books. It was not his kind of thing at all, but he knew that the Ennismore Quartet was eminent, and was still a revered feature of the classical music scene. He would never attend the concertos, or buy, or even look at, the boxed sets of Beethoven or Schubert. He did not want to see her photograph and discover what the years had wrought, or hear about the details of her life. He preferred to preserve her as she was in his memories, with the dandelion in her buttonhole and the piece of velvet in her hair, the canvas bag across her shoulder, and the beautiful strong-boned face with its wide and artless smile.     When he thought of her, it rather amazed him, that he had let that girl with her violin go. Now, of course, he saw that her self-effacing proposal was quite irrelevant. All she had needed was the certainty of his love, and his reassurance that there was no hurry when a lifetime lay ahead of them. Love and patience—if only he had had them both at once—would surely have seen them both through. And then what unborn children might have had their chances, what young girl with an Alice band might have become his loved familiar? This is how the entire course of a life can be changed—by doing nothing. On Chesil Beach he could have called out to Florence, he could have gone after her. He did not know, or would not have cared to know, that as she ran away from him, certain in her distress that she was about to lose him, she had never loved him more, or more hopelessly, and that the sound of his voice would have been a deliverance, and she would have turned back. Instead, he stood in cold and righteous silence in the summer’s dusk, watching her hurry along the shore, the sound of her difficult progress lost to the breaking of small waves, until she was a blurred, receding point against the immense straight road of shingle gleaming in the pallid light.