What Makes a Classic a Classic?We do 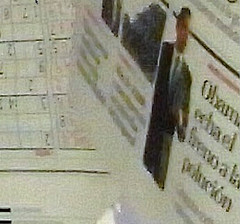 This is part of a discussion in the LinkedIn Shakespeare group—on why should Shakespeare be the greatest author, as century after century passes:

I have got a partial answer to the question "How is it that this man Shakespeare after four hundred years is still the world’s most popular author? Divine inspiration?". As foreword to my answer I will readily grant that Shakespeare is the best writer in the world, at least the best I have read myself, insofar comparisons in this area make any sense, which they do only up to a point. But, let those who doubt this learn to read, and then to reread Shakespere. With many of those worth arguing with I wouldn’t need to go on debating after the experience. So much by way of prelude.

Now for the skeptical, Museless, Greatnessless part of the argument. The issue of "why are the great classics still the great classics" is explained in part by a communicative dynamics of information feedback. I am assuming that by ’the most popular author’ we are speaking of the most popular enduring author, not of the latest marketing phenomenon which will be, following the same inflexible logic, a nine days’ wonder. Classics are there to stay, not (just) because of their inherent greatness, because they are classics: the dynamics of cultural communication privileges certain texts in the sense of "certain modes of using texts", and there are some literary games (critical, interpretive, educational, etc.) that can only be played with this kind of ball, a classic. A classic which has been made, not just self-schooled and self-scanned, pace Arnold: classics are not just self-made men. A classic is made by his work, I’ll have to keep repeating that, and by a dynamics of commentary, reference, intertextuality, adoration, cultural shibboleths, etc., which is the work of a whole culture or cultural complex. In that sense only, "the man of Stratford" is not the real author of his works—we all are. We are building Shakespeare here, or at least propping him up, simply by considering this question, however skeptically.

I have distinguished this informational feedback phenomenon which takes place around a classic from that which takes place around Dan Brown etc.—not that there isn’t a canon of bestsellers, by the way! Well, now I have to admit that the cross-currents are different, but the informational vortex does have a similar shape after all. Classics and bestsellers are, all of them, much ado about something, a something which is little better than nothing if we leave out the much ado.

Witness all the good books unread and uncommented on the shelves.