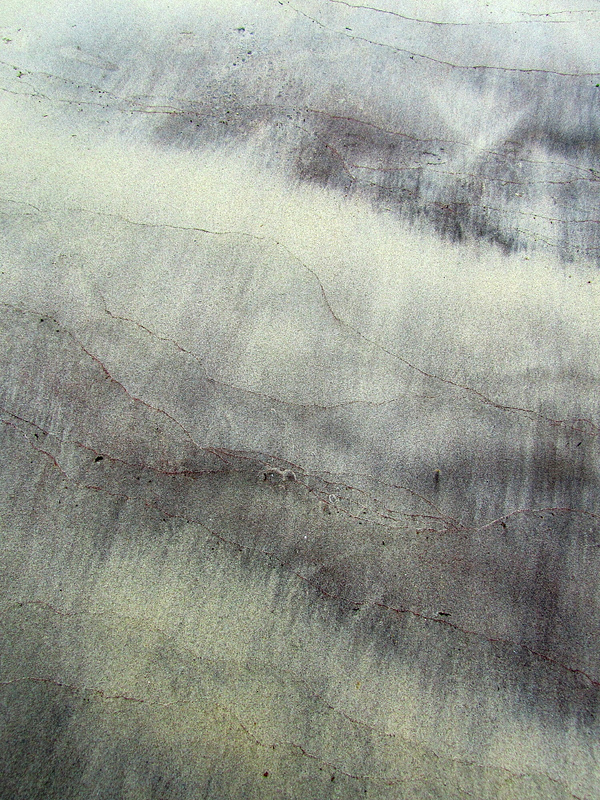 Often the lonely one longs for honors,
The grace of the Lord, though, grieved in his soul,
Over the waste of the waters far and wide he shall
Row with his hands through the rime-cold sea,
Travel the exile tracks: full determined is fate!
So the wanderer spake, his woes remembering,
His misfortunes in fighting and the fall of his kinsmen:

“Often alone at early dawn
I make my moan! Not a man now lives
To whom I can speak forth my heart and soul
And tell of its trials. In truth I know well
That there belongs to a lord an illustrious trait,
To fetter his feelings fast in his breast,
To keep his own counsel though cares oppress him.
The weary in heart against Wyrd has no help
Nor may the troubled in thought attempt to get aid.
Therefore the thane who is thinking of glory
Binds in his breast his bitterest thoughts.
So I fasten with fetters, confine in my breast
My sorrows of soul, though sick oft at heart,
In a foreign country far from my kinsmen.
I long ago laid my loyal patron
In sorrow under the sod; since then I have gone
Weary with winter-care over the wave’s foamy track,
In sadness have sought a solace to find
In the home and the hall of a host and ring-giver,
Who, mindful of mercy in the mead-hall free,
In kindness would comfort and care for me friendless,
Would treat me with tenderness. The tried man knows
How stern is sorrow, how distressing a comrade
For him who has few of friends and loved ones:
He trails the track of the exile; no treasure he has,
But heart-chilling frost— no fame upon earth.
He recalls his comrades and the costly hall-gifts
Of his gracious gold-friend, which he gave him in youth
To expend as he pleased: his pleasure has vanished!
He who lacks for long his lord’s advice, 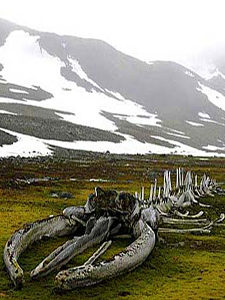 His love and his wisdom, learns full well
How sorrow and slumber soothe together
The way-worn wanderer to welcome peace.
He seems in his sleep to see his lord;
He kisses and clasps him, and inclines on his knee
His hands and his head as in happier days
When he experienced the pleasure of his prince’s favors.
From his sleep then awakens the sorrowful wanderer;
He sees full before him the fallow waves,
The sea-birds bathing and beating their wings,
Frost and snow falling with freezing hail.
Then heavier grows the grief of his heart,
Sad after his dream; he sorrows anew.
His kinsmen’s memory he calls to his mind,
And eagerly greets it; in gladness he sees
His valiant comrades. Then they vanish away.
In the soul of a sailor no songs burst forth,
No familiar refrains. Fresh is his care
Who sends his soul o’er the sea full oft,
Over the welling waves his wearied heart.
Hence I may not marvel, when I am mindful of life,
That my sorrowing soul grows sick and dark,
When I look at the lives of lords and earls,
How they are suddenly snatched from the seats of their power,
In their princely pride. So passes this world,
And droops and dies each day and hour;
And no man is sage who knows not his share
Of winter in the world. The wise man is patient,
Not too hot in his heart, nor too hasty in words,
Nor too weak in war, nor unwise in his rashness,
Nor too forward nor fain, nor fearful of death,
Nor too eager and arrogant till he equal his boasting.
The wise man will wait with his words of boasting
Till, restraining his thoughts, he thoroughly knows
Where his vain words of vaunting eventually will lead him.
The sage man perceives how sorrowful it is
When all the wealth of the world lies wasted and scattered.
So now over the earth in every land
Stormed on by winds the walls are standing
Rimy with hoar-frost, and the roofs of the houses;
The wine-halls are wasted; far away are the rulers,
Deprived of their pleasure. All the proud ones have fallen,
The warriors by the wall: some war has borne off,
In its bloody embrace; some birds have carried
Over the high seas; to some the hoar wolf
Has dealt their death; some with dreary faces
By earls have been exiled in earth-caves to dwell:
So has wasted this world through the wisdom of God,
Till the proud one’s pleasure has perished utterly,
And the old work of the giants stands worthless and joyless.
He who the waste of this wall-stead wisely considers, 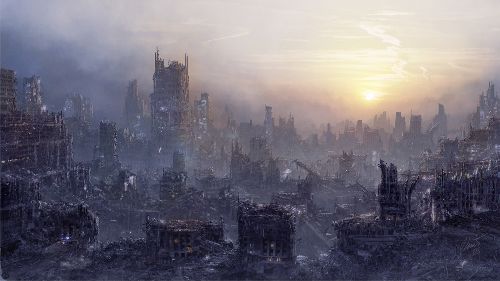 And looks down deep at the darkness of life,
Mournful in mind, remembers of old
Much struggle and spoil and speaks these words:

‘Where are the horses? Where are the heroes?
Where are the high treasure-givers?
Where are the proud pleasure-seekers? Where are the palace and its joys?
Alas the bright wine-cup! Alas the burnie-warriors!
Alas the prince’s pride! How passes the time
Under the shadow of night as it never had been!
Over the trusty troop now towers full high
A wall adorned with wondrous dragons.
The strength of the spear has destroyed the earls,
War-greedy weapons, Wyrd inexorable;
And the storms strike down on the stony cliffs;
The snows descend and seize all the earth
In the dread of winter; then darkness comes
And dusky night-shade. Down from the north
The hated hail-storms beat on heroes with fury.
All on earth is irksome to man;
Oft changes the work of the fates, the world under the firmament.
Here treasure is fleeting; here true friends are fleeting;
Here comrades are fleeting; here kinsmen are fleeting.
All idle and empty the earth has become.’

So says the sage one in mind, as he sits and secretly ponders.
Good is the man who is true to his trust; never should he betray anger,
Divulge the rage of his heart till the remedy he knows
That quickly will quiet his spirit. The quest of honor is a noble pursuit;
Glory be to God on high, who grants us our salvation!”