A Prediction on Remediation

A Prediction on Remediation

Our second observation concerns our culture's insistence on the newness of new media. It is not surprising that enthusiasts should continue to make the claim of novelty, for they have inherited from modernism the assumption that a medium must be new in order to be significant. As Cavell (1979) has remarked, the task of the modern artist was always "one of creating not a new instance of his art, but a new medium in it" (104). In digital media today, as in modern art in the first half of the century, the medium must pretend to be utterly new in order to promote its claim of immediacy. It must constitute itself as a medium that (finally) provides the unmediated experience that all previous media sought, but failed to achieve. This is why each innovation on the World Wide Web must be represented by its promoters as a revolution. Streaming audio, streaming video, Java, VRML—each of these cannot merely imprve what the Web offered before but must "reinvent" the Web. As we have shown what is in fact new is the particular way in which each innovation arranges and reconstitutes the meaning of earlier elements. What is new about new media is therefore also old and familiar: that they promise the new by remediating what has gone before.

The film Strange Days, with which we began our study, is not really a prediction about the future, but a description of our culture's current fascination with both transparent and hypermediated technologies of representation. Throughout this book, we too have tried to describe the present moment and to resist the urge, so tempting when writing about new media, to make predictions. We surely cannot predict how digital media will work their particular remediations in the coming years and decades. Today, virtual reality refashions film; the World Wide Web refashions television and evereything else. However, as they develop, these technologies may change the focus of their remediations. Other digital hardware and software may be invented and deployed against the same targets (particularly television and film) or perhaps against others. Our one prediction is that any future media will also define their cultural meaning with reference to estalished technologies. They will isolate some features of those technologies (point of view, motion, interactivity, and so on) and refashion the to make a claim of greater immediacy.

The true novelty would be a new medium that did not refer for its meaning to other media at all. For our culture, such mediation without remediation seems to be impossible. 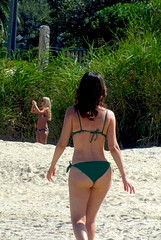