From the CNR newsletter:
Narrative imagination and everyday life
Molly Andrews
Oxford University Press, 2014
It has been widely acknowledged that in the past few decades, there
has been a 'narrative turn' - an interest in the storied nature of human
life. However, very little work has discussed the role of imagination.
Narrative Imagination and Everyday Life looks at how stories and imagination come together in our daily lives, influencing not only our thoughts about what we see and do, but also our contemplation of what is possible and what our limitations are. Without imagination, we are forever doomed to the here and now. But our imaginations are always influenced by our own particular experiences, which we recount to ourselves and others through stories - both told and untold. Combining scholarly research with personal experience, Andrews examines how story and imagination come together in different areas of life such as education, politics, and aging. She focuses on the importance of the narrative imagination when listening to the experiences of others who have very different experiences of the world, asking if it is ever possible to understand the suffering of others. She asks what kind of stories influence our thinking about who we are becoming in our aging selves. In the chapter on teaching, she looks at the dynamics of the teacher - student relationship and the stultifying effect of some educational practices and policies on the imagination. The discussion on education and global citizenship leads directly into the chapter on political narratives, where Andrews uses the example of Barack Obama as one of the most strategic storytellers of our time. Narrative and imagination are integrally tied to one another; this is immediately clear to anyone who stops to think about stories real and imagined, about the past or in a promised, or feared, future. In asking why and how this is so, Andrews directs us to ruminate on what it means to be human. 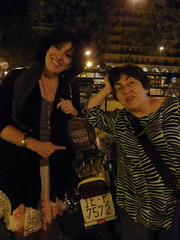