Notes from 'The Ethics of Reading'

Notes from 'The Ethics of Reading'

2- The novelists' act of self-reading is seen here as paradigmatic for reading in general.

4- Ethics, ethical in the sense of obligation, not freedom of meaning (the choice to make the text mean what one wills is not ethical).

43- "By 'the ethics of reading', the reader will remember, I mean that aspect of the act of reading in which there is a response to the text that is both necessitated, in the sense that it is a response to an irresistible demand, and free, in the sense that I must take responsibility for my response and for the further effects, 'interpersonal', institutional, social, political, or historical, of my act of reading, for example as that act takes the form of teaching or of published commentary on a given text."

Ethicity in de Man: there is a necessary pragmatic function of language. Deconstruction is not a free play in the void.

48- There are ethical judgments at this point: they are a major example of taht committing again of error.  de Man shows value judgments, promises, etc. without foundation in knowledge:

49- "A statement can be true but not right or right but not true, but not both true and right at once."

There is ethicity because we must attempt to make the language referential.

51- As a result "lying is necessarily made into a universal principle in the sense that ethical judgments are necessary but never verifiably true."

According de Man, we are not free to omit or paraphrase—we always reveal what we try to hide.

52- "The text imposes its own understanding and shapes the reader's evasions."

A fictional contract is the basis of ethics and society. It is not understandable,

Kant holds that we can understand the incomprehensibility of the categorical imperative—according to de Man, we cannot understand even that.

For de Man, the reader must read unreadability—but that does not bar the possibility of good readings, or of an ethics of reading.

62- "The theory of realism proposed in chapter 17 of Adam Bede depends on the notion that there can be a literal, nonfigurative truthtelling language of narration" (mimesis).

Adam does not propose knowing neighbours, but loving them. The unlovable is detoured through art and made lovable (a needful thing).

65- "The diverse versions of this theory tend to be simultaneously subjective and objective in their notions about truth." Fiction is presented as a mirror but not the thing (an image). "Even so, the novelist must represent as accurately as possible the reflections he finds in the defective mirror of his mind. The truth of correspondence in realism is not to objective things, or only indirectly to objective things. It is rather to things as they have already made a detour into necessarily distorted subjective reflections." From things to mental images to a mental account—a double translation.

66- The double mirroring must pay a mortgage: generating good feelings and good actions. Eliot rejects the aesthetic of fantalsy, genius and the sublime, in favour of the stupid and near. But in the last analysis, this "realism" depends on catachresis:

75- "Even though chapter 17 is strongly committed, in its overt affirmation, to realism as exact reproduction, the covert argument is for a use of figurative language"—a transformation of reality through art.

77- Therefore, "realistic fiction brings groundless novelty into the social world." Eliot recognises the neighbours as vulgar. But the cement of society is believing that they are lovable.


5. Self Reading Self: Trollope

Trollope's self-imposed rule to write every day: a law which cannot be disobeyed (a Kantian one). He had a theory of the moral effect of his novels, Miller speaks of

85- "Trollope's stake in the efficient circulation of novels within society, returning the values of that society to itself (as in the phrase 'circulating library'" —cf. his eforts as a civil servant in the post-office.

86- "The essence of novel-writing (defining novel-writing as this form of participation in the free circulation of regnant social values) is for Trollope a production of characters, not plots" (an ethical interest, cf. ethos).

88- Trollope gave his publishers the exact amount of words purchased. A conventional theory of utile et dulce, but

89- "Trollope's insistence on the economic aspect of this combination is, however, less conventional".

A rapid transmission, an effacement of language, in this efficient circulation.

But Trollope as a misfit, an outsider into the community of his readers, out of the public eye. There is a contradiction in his theory of writing. The creation of characters is not the result of a constructive conscious thought—it comes out of nowhere! It comes from a still solitary daydreaming—Trollpe remains an alien. The writing of novels, he argues in his Autobiography, is a legitimate way of enterinng into society; his novels are moral, he says. But he shows the contrary:

96- "He shows that he has perpetrated a kind of fraud, that he has secretly undermined the values of his society, and that for their shillings his readers have purchased books which are for that reason dangerous or subversive." They are not based on observation, but on free invention.

102- For James, life consisted in doing, not in knowing or appreciating. Ethics is over epistemology and over aesthetics.

104- "Doing, including that form of doing performed with a pen or a typewriter or by dictation, involves an 'I must' which is born of respect for the law, though what law it is James respects in writing or in re-reading remains to be seen. At the same time, writing, like ethical action in general, is for James, as for Kant, a product of our freedom. It is free and bound at the same time."

105- "The 'thing' demands that it be respected by being put in words, so becoming a doing which may do other 'things' in its turn, as James says." "Just how a good writer knows how to do things with words only a reading in detail of James's stories and novels could show. It has something to do with the analogy between the use James makes of the real-life donnée or germ of his stories and the act of renunciation or 'not getting anything out if it for oneself' which universally froms the climactic moral decision and act of the protagonists of those stories."

108- "Writing, considered as an act, has the inestimable advantage that the traces of it remain. This means that we are always free to reaffirm our allegiance to what we have written, even though we have all license of disconnection and disavowal too" —this reaffirmation can only take place in re-reading.

109- "This reading is a secondary act of memory and ratification of the earlier contract or promise" —Cf. James's prefaces after rereading his novels. If it is a good re-reading, it produces "visions, deep vision, depth within depth, a regular mise en abîme of seeing." 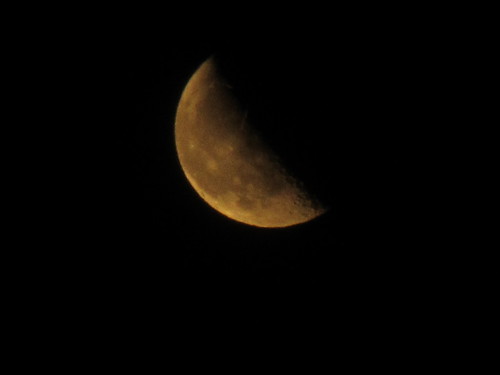 110- James: Photographs and illustrations for novels are acceptable only if they harmonise with "something behind or deep within the text, the 'matter' to which both novel and picture allude"—not to the story or the characters.

112- "James gives the priority to his present vision."

115- "To re-read is to be forced by an irresistible necessity that is not in the text he once wrote and now re-reads, but appears to come from the matter that text represented in a way he now finds inadequate. but if he is coerced, he is strangely, also free."  It is an experience of difference, a pleasure and knowledge of a special kind.

117- "Only if there is difference and deviation is it possible to distinguish between a knowledge simply of what the text says, which is relatively without value, and a knowledge of what the text represents or allegorizes, the 'thing' or 'shining matter' that gives the text whatever authenticity, value, and interest it may  have, a value and interest in fact 'infinite'. The knowledge given by reading if it is really reading is always, even the first time, a matter of re-reading or re-vision, since it is knowledge of the 'thing' or 'matter' on which the text is inscribed or projected."

118- "So, reading, criticism, or teaching, is of no value unless it subjects itself in its turn to the thing or matter, and makes that thing its law, as the writer did in the first place." A reading not of the text text but of a thing which forces me to revise the latent law of the text. But it is not a wanton ideological deviation:

120- "My subjectivity, those ideologies, are more functions of the text already inscribed within it, than anything coming in from the outside." Criticism as ethical, productive, inaugural, leads students to the "thing". It is ethical in two senses: it is a response to an invisible demand and it is a productive act; "My reading makes something happen in the interpersonal, social, and political realms.""Reading is subject, not to the text as its law, but to the law to which the text is subject. This law forces the reader to betray the text and deviate from it in the act of reading it, in the name of a higher demand that can yet be reached only by way of the text. This response creates yet another text which is a new act."

121- "It could be said that any text falsifies or minstranslates the 'thing'. It is unfaithful to the thing by being what it is, just these words on the page." (The text is in this sense unreadable). "The text is not the law, not even the utterance of the law, but an example of the productive force of the law." It is an ethical law as such.

122- A second kind of unreadability: "What is only a a linguistic necessity or imperative is infallibly misread as a transcendental one."

123- Cf. Walter Benjamin's "Die Aufgabe des Übersetzers", according to which "Both original and translation are inadequate translations of an original which can never be given as such, just as the law as such cannot be formulated in so many words in any language." We meet here the paradox of a wordless word (—and Miller exemplifies this paradox with the translation of Benjamin's own essay).

127- "I remain eager to obey the law of reading but without a direct access to it."