Writing and the Mirage of grammatical genealogies 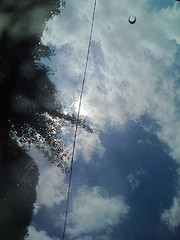 A commentary on "Comparative Philology and Proto-Languages" in Language Continuity— which discusses Andrew Garrett's paper "Convergence in the formation of Indo-European: Phylogeny and Chronology" (2006).

Quite interesting references, and I look forward to your discussion. It seems to me that the "mirage of Indo-European" as well as the more general mirage of language trees, etc., is due to a great extent to the ignorance of the role of writing in giving a coherence to language— actually "making" a language out of a diversity of dialects and speech varieties. The assumption that there is "one" correct grammar for each language has had far-reaching consequences in linguistic study. Of course, once you see a Latin grammar bound in leather, you immediately assume that its Platonic equivalent for other languages must be in existence somewhere!

The critique of traditional linguistics from the standpoint of a theory of writing—understood as an autonomous active principle in language-making, and not a mere transcription of speech—can be pursued in the writings of Roy Harris and other integrationalist linguists.