A commentary on a blog post by Norman Holland, "How the Literary Darwinists Got It All Wrong"—and on Joseph Carroll’s riposte, defending some varieties of literary darwinism:

A commentary on a blog post by Norman Holland, "How the Literary Darwinists Got It All Wrong"—and on Joseph Carroll's riposte, defending some varieties of literary darwinism:

There is a crack in everything, Leonard Cohen says, and I suppose that includes arguments. Paul de Man would agree that the light gets in through the crack, if only because it allows critics to show another side of the question. Possibly there is, too, more than a grain of truth in everything, especially as regards phenomena so complex as literature and art. That is, literature and the arts are in part unexpected side phenomena (spandrels, as Stephen Jay Gould would say) which in turn may be put to a new use not foreseen by any designer, not even the Invisible Hand that selected the necessary genes or traits in the first place. They may be, in part, and in many cases, candy for the brain, or was it chocolate fudge. But no doubt (to my mind...) there are many elements in art which are adaptive, just as the elaborate brains and minds and social structures in which such works arise are adaptive. Perhaps not in a narrow, one-to-one, individual sense, as Norman Holland put it a bit invidiously perhaps (but don't get angry at me Norman, I'm not trying to pick up a fight!!) using Stephen King as a choice example. Not that there isn't lots of psychology and useful observations on the world and on people, in Stephen King... But, my point is, the adaptive value of the arts has to be considered at a social level, not at an individual level. Stephen King's writing is adaptive for survival in the literary marketplace, that's clear enough. But literature as a whole is adaptive in order to keep the social mind thinking and at work, in graduate seminars or elsewhere: it's the "semiotic gymnastics" that Umberto Eco spoke of, exercise much needed not just by individuals, many of whom may get more exercise than they need with a 700-page Stephen King novel, but exercise for traditions, for genres, for communicative abilities as whole. Writers and artists expand what's thinkable and doable. Not just them, of course, that's where Shelley went wrong, and there's also the spontaneous art of trashy media. But many artist have taught the world how to think, and how to feel—remember Bloom on Shakespeare's invention of the human... Of course you always invent on existing materials and ways, so there's plenty of place there for acknowledging human nature, and what previous cultural traditions have done with it so far. Even literary darwinists, and constructivists too, have got something right! Now there's a middle ground for you, although I think Norman Holland already began to move to a middle ground in his response to Joseph Carroll.


Thanks for trying for a
Submitted by Norman N. Holland, Ph.D. on September 7, 2010 - 5:54am.
Thanks for trying for a middle ground, José Angel, but I'm not sure there is one. Either you think texts do things to readers or you think readers construct texts. A combination, which I call "bi-active," doesn't work because the text-active component is not psychologically true.When you write "literature as a whole is adaptive in order to keep the social mind thinking and at work, in graduate seminars or elsewhere," I think you are agreeing with me. Using our minds to interpret or discuss literature is indeed adaptive.

Well... I'd say, people do things to people THROUGH texts. And the people who do things to people (to readers I mean) through texts are not necessarily the authors of the texts. They may be teachers, advertisers, critics, other readers... Also, a part of a reader's brain may do something to another part of the same reader's brain through the text. And I do agree with you, on lots of things, not all of them, though; so I think I'll hold on to my middle ground. 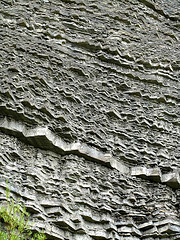