q: Why not just have a list of sources written by real scholars? No information, just lists of RL books, and articles in scientific journals?   well, because a list of sources is clearly not an encyclopedia article..?   I am just as cognizant as the next academic that attempting to summarize a domain of knowledge almost always entails debasing or bastardizing it to some extent, but scholarly groaning about wikipedia & co. has always struck me as being at least partially based on a kind of blindness towards -- or stubborn refusal to aknowledge -- the ultimate purpose of the exercise itself. What you all do as scholars is to invest decades of your life in careful and deep study of a subject, possibly with the aim of adding to it in some way. What people are doing when they write encyclopedia articles is a fundamentally different kind of endeavour; articles are written so as to be a very general and cursory overview of a broad subject, a goal which necessarily entails the removal of the kinds of nuance that one is used to as a scholar in the field. This isn't a problem, it's a necessarily consequence of the goal at hand when someone sits down to write an article!   ultimately there seems to be two different 'fallacies' going on where wikipedia is involved:   1) the confusion of the encyclopedia-writing exercise with the exercise of scholarly work (often on the part of academics themselves, described above), and   2) a confusion (often on the part of the end user) between the comprehension of an article and a mastery of the subject of the article.   Obviously reading the wikipedia article on Freud isn't going to make me a Freud scholar, and anyone who thinks so is clearly a fool (i doubt, though, that there are actually very many people who ever think this, but whatever). But only slightly less foolish, in my view, is to judge the quality of such an article on the assumption that this was what it was supposed to do in the first place. A good encyclopedia article is never going to be a replacement for primary sources, but that's fine because it's not supposed to be in the first place. So many academicians make this category mistake but it always strikes me as a peculiarly thoughtless error. 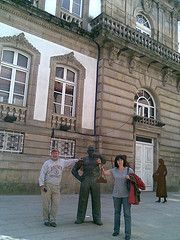