Endings and Beginnings in 'Little Gidding'

The ending of Little Gidding—its beginning, if we take it at face value—has much to do with the hermeneutics of retrospection, and the configurative emplotment provided by hindsight. It is only by looking back that we can identify a beginning, or an ending, as one. And it is only when a phrase has ended that we can fully understand its structure. This retroactive dynamics also governs Eliot's notion of tradition in "Tradition and the Individual Talent", where any new work also generates a beginning après coup.  Everything, then, is in the making, but less so when we look backward, and revisit what was known earlier, seen earlier, with less insight and a lesser understanding. These offices, so oft as thou wilt look / shall profit thee, and much enrich thy book. I first read Little Gidding thirty years ago—maybe I'll be reading it again some day in the future, before the fire and the rose are one. But there's no telling what it will be saying then.

What we call the beginning is often the end
And to make an end is to make a beginning.
The end is where we start from. And every phrase
And sentence that is right (where every word is at home,
Taking its place to support the others,
The word neither diffident nor ostentatious,
An easy commerce of the old and the new,
The common word exact without vulgarity,
The formal word precise but not pedantic,
The complete consort dancing together)
Every phrase and every sentence is an end and a beginning,
Every poem an epitaph. And any action
Is a step to the block, to the fire, down the sea's throat
Or to an illegible stone: and that is where we start.
We die with the dying:
See, they depart, and we go with them.
We are born with the dead:
See, they return, and bring us with them.
The moment of the rose and the moment of the yew-tree
Are of equal duration. A people without history
Is not redeemed from time, for history is a pattern
Of timeless moments. So, while the light fails
On a winter's afternoon, in a secluded chapel
History is now and England.

We shall not cease from exploration
And the end of all our exploring
Will be to arrive where we started
And know the place for the first time.
Through the unknown, remembered gate
When the last of earth left to discover
Is that which was the beginning;
At the source of the longest river
The voice of the hidden waterfall
And the children in the apple-tree
Not known, because not looked for
But heard, half-heard, in the stillness
Between two waves of the sea.
Quick now, here, now, always—
A condition of complete simplicity
(Costing not less than everything)
And all shall be well and
All manner of thing shall be well
When the tongues of flame are in-folded
Into the crowned knot of fire
And the fire and the rose are one. 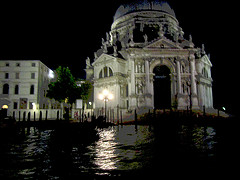