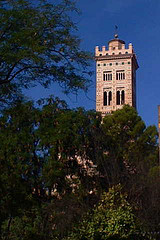 From my Turkish correspondence...

Hi Selmin, I was turning thoughts around in my mind about traveling and not traveling.... you know, "and far ahead there's Istambul...!" and now I find that's the subject of the poem by Benedetti you were asking about! So here goes:

The Notion of Motherland

I admit that I have escaped some times
I will say first of all that I looked on the Arno
That I found in the Charing Cross booksellers
One Byron signed by Bull a vicar
One Christmas seventy years ago.
I marched among the drunkards at the Bowery
And the Brueghels at the Gallery
I noted how the sound system ath the Château de Langeais
Can go awry explaining medals and incensaries
When actually there were only suits of armour in sight.

I sweated in Darkar for the sake of solidarity
I saw mobs galloping to the Monna Lisa
And fleeing without a look at Botticelli
I saw priests from Madrid accosting prostitutes
And in Rembrandt's house tourists from Dallas
Asking about the dining room
Heaps of Swedes in two yards of sunlight
And in Copenhaguen the Russian embassy
And the American embassy
Separated by a pretty cemetery.

I saw Lidice's corpse covered in snow
And the carnival at Rio covered by the samba
And in Tuskegee the rabid optimism of black men
I tasted in Santiago conger eel soup
And welcomed the New Year in Times Square
Getting kites out of my ear.

I saw Ingrid Bergman running in the Rue Blanche
And although the differences are obvious
I saw Adenauer among weal Viennese applause
I saw Khruschev coming out of Pennsylvania Station
And although again the differences are obvious
I saw a bull with a peaceful pedigree
That did not want to kill his bullfighter.
I saw Henry Miller far from his tropics
With a Mediterranean sunstroke
And I had a photograph of me taken at Jan Neruda's
I slept listening to Wagner in Florence
And hearing a Swiss man between Geneva and Tarascon
I saw fat and humble artisans from Pomaire
And three young little nuns at the Carnegie Hall
Beating the jazz rhythm with their thick black shoes
I saw the prettiest women in the planet
Walking without me along the Via Nazionale

I looked
I admired
I tried to understand
I think to a fair extent I understood
And it's great
Everything is great
One can know that only there, far away,
And it's a nice vacation
It is a ravishment of images
It is a merry dictionary
It is an easy trip
It is a relief.

But now I have no more excuses left
Because one returns here
One always returns.
Nostalgia oozes from the books
Gets under the skin
And this city without eyelids
This country that never dreams
Suddenly becomes the only place
Where the air is my air
And the guilt is my guilt
And in my bed there is a pit which is my pit
And when I stretch my arm I feel certain
About the wall I touch or about the void
And when I look at the sky
I see here my clouds and my Southern Cross
My surroundings are everyone's eyes
And I do not feel I am aside
Now I know I do not feel I am aside.


---So far Benedetti. As for me, just the idea of going to see the Mona Lisa makes her feel superfluous, or makes me feel superfluous; one of us shouldn't be there. Well, I'm not going to say those are my feelings in the poem, not quite... but it does make me feel as if I were already back from all those trips, even before I set out! So you see perhaps I am past cure. Anyway... Ein Kuss.