Strife in Nature, and Strife in Man —from T. McAlindon, English Renaissance Tragedy:

In historically oriented studies of Renaissance drama, it has been customary to assume that the essential feature of pre-modern cosmology as understood by the Elizabethans was the principle of hierarchical correspondence (or analogy). Viewed in the light of this principle, however, the universe presents itself to the imagination as a straightforward model of order and stability, inducing a mood of philosophic confidence and optimism in any consideration of the human condition. There has, therefore, been a strong reaction against those critics who have assumed that the so-called 'Elizabethan world picture' exerted a substantial influence on the tragic dramatists' delineation of man, society, and universe; it is commonly held now that the tragedians' vision of a terrifyingly unstable world where good and evil and right and wrong are confusingly entwined could only have evolved in spite of or in reaction to the conditioning effects of traditional cosmology. I would suggest, however, that the full implications of pre-modern cosmology were never taken into account in the interpretation of Renaissance tragedy (and tragical history) in the first place. For in the 'theoria of the world'—to borrow Marlowe's phrase—which the Elizabethans inherited from the Middle Ages and the Greeks, polarity was a principle of at least equal importance with that of hierarchy (analogy, correspondence, degree). To put the matter in elemental terms, the disposition of earth, water, air, and fire in a stratified order throughout the universe does not alter the fact that they are opposites whose nature always inclines them to strife and mutual domination. Without the strife of the elements there would, in fact, be no accounting for change and death; moreover, given their instinct for strife, there can be no knowing which convulsions lie ahead in the order of nature. At the end of the sixteenth and the beginning of the seventeenth century, the pessimistically inclined, looking at the evidence of contemporary history (Christianity at war with itself) and of scientific discovery (changes in the changeless heavens of the 'fixed stars'), decided that man's moral character, human institutions, and external nature were all in a state of incipient disintegration, that the promised end was at hand. Automatically, they explained this cosmic disaster in terms of an uncontrolled acceleration in the strife of the contraries. The explanation suggests that, while their cosmology conditioned them to admire and cherish harmonious stability, it also conditioned them to dread and expect violeng change, 'Chaos come again'. The effects which the cosmological principle of analogy and contrariety had on Renaissance drama are incalculable. Of the two, however, the principle of contrariety etched itself more deeply on the art of the tragedian, and for reasons which are not hard to perceive. The idea of the universe as a dynamic system of opposites speaks to the imagination not only of order but also of the fragile and impermanent nature of life's harmonious patterns. And, since subject and object are held to be duplex and always liable to change, it speaks too of a radical uncertainty in every attempt to interpret and evaluate man's nature and experience. Viewed in the light of this cosmic model, unity—and all that it entails in terms of order and intelligibility—may seem no more than the effect of a truce in a war that can have no end. It was perhaps inevitable, then, that Renaissance tragedians should exploit the contrarious model of man and universe. Beginning as they did with the medieval tragic idea of man as the victim of an inherently treacherous world (the world of Fortune), and adjusting it to their own conviction that he is betrayed also by the conditions of his nature, they crated a complex and comprehensive view of the tragic to which the notion of universal contrariety contributed both as stimulus and validation. 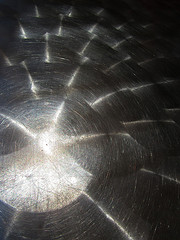